In my last post I wrote about my charmed life in Greece.

Well the privileged existence continues in Sicily via a nine day trip with a long time friend from Australia.

Our first stop is Catania, a city with a long and volatile history, a mountain volcano and impressive baroque architecture.

It has been put to me that my photographs while living in Europe mainly depict me eating or drinking.
For me the food of a city is what traveling is all about. Italy never disappoints.

On the second day in Catania we enjoyed a walking street food tour, sampling the gastronomic delights while soaking up the city’s past.
Our guide was Vasilis, a Romanian born in the Soviet Union who developed a passion for the place after living there for 25 years with his Sicilian wife.

Starting with tasty Pecorino cheese after a stroll through the boisterous fish markets we were primed for a tasty feast over the next few hours. 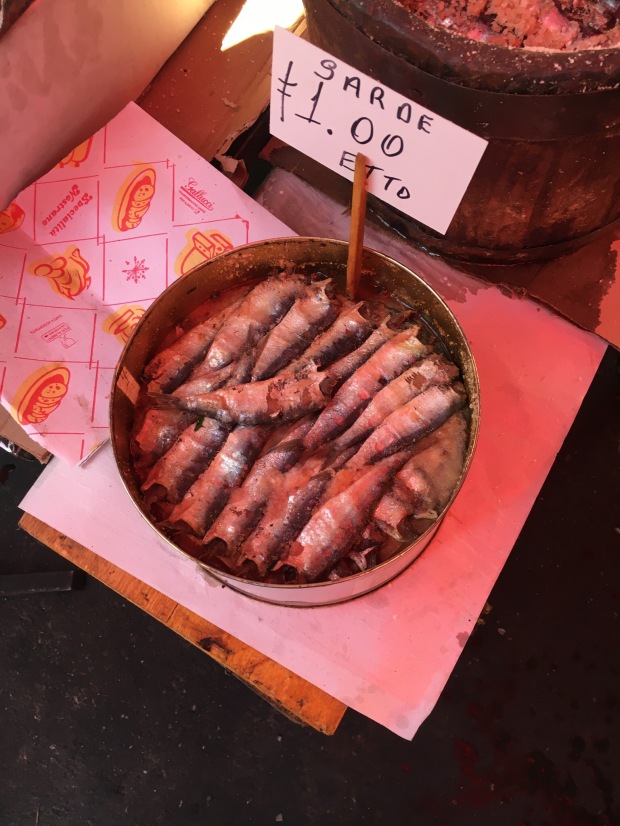 (Sardines at the markets)

I had read about the spleen sandwich being a Sicilian delicacy which had me intrigued and slightly nervous about giving it a try.

Arancini was up next, this one with a meaty sauce ragu in the middle, nice!

The food that followed included cipollina (pastry stuffed with onion cheese and ham), granita and drinks of seltz (a curious mixture of salt and lemon drink). 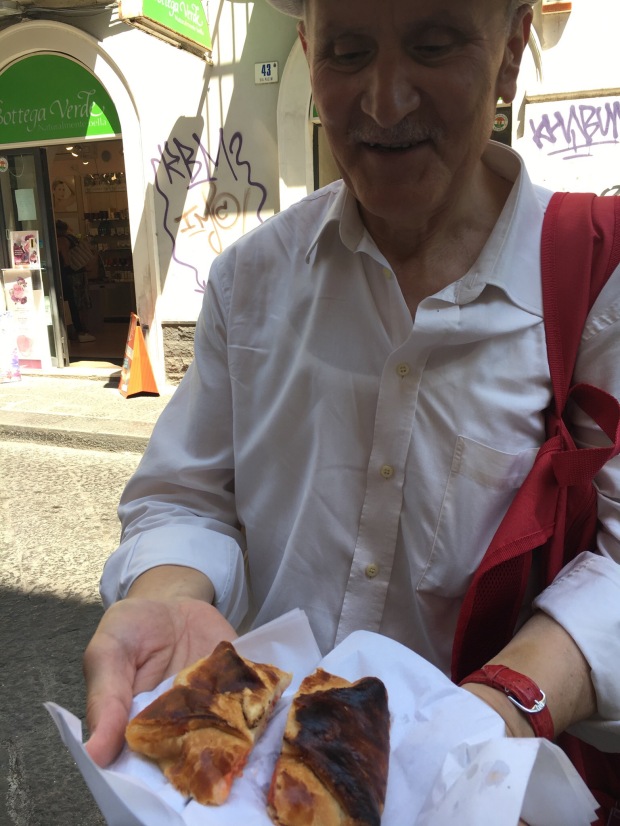 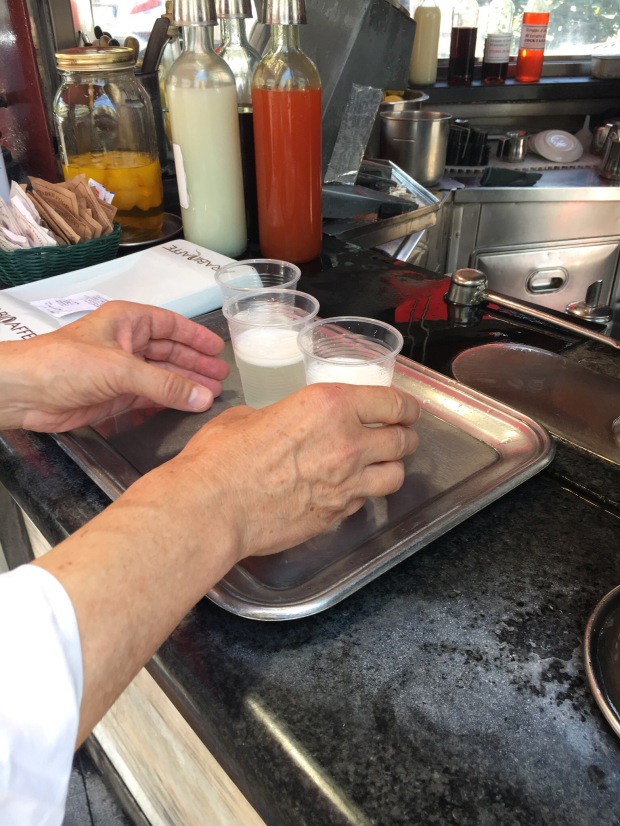 Halfway through the tour I asked about the famous spleen sandwich only to be told that it is a Palermo delicacy. Vasilis displayed his parochial Catanian side by describing it as “ok but not to my taste.”

So while the sandwich will have to wait until the Palermo we did manage to try a plate of horse, accurately described by mate Dean as salty but sweet. 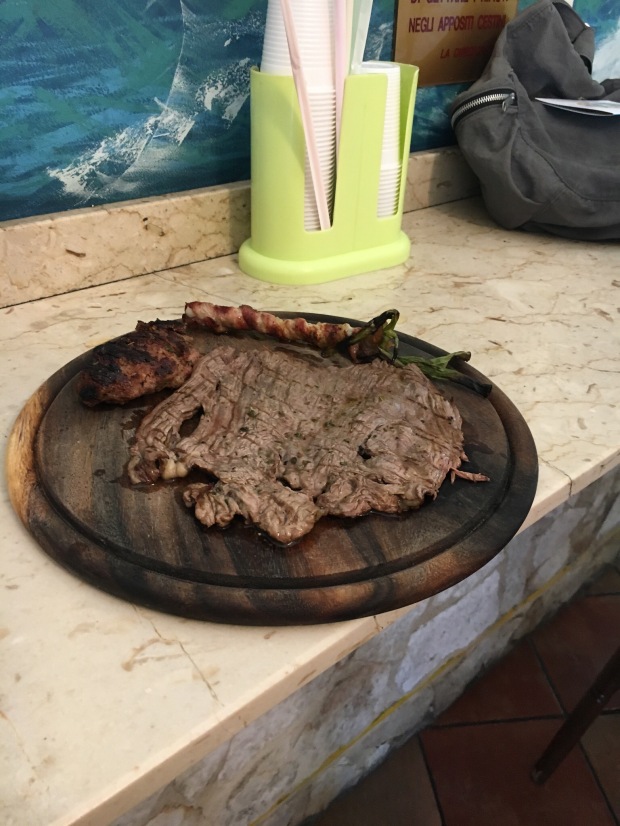 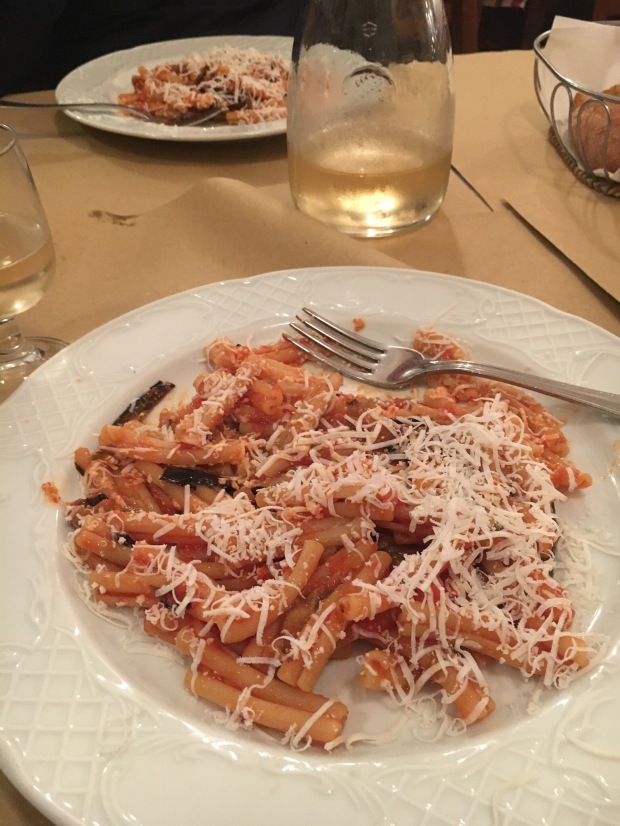 So we move on with the aforementioned organ sanger in our sights.

My next vent will be after Palermo hopefully with spleen conquered.

Cheers and Yiassas and Ciao 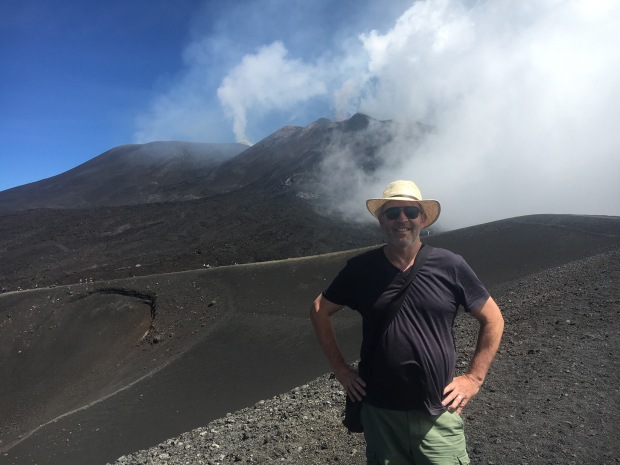