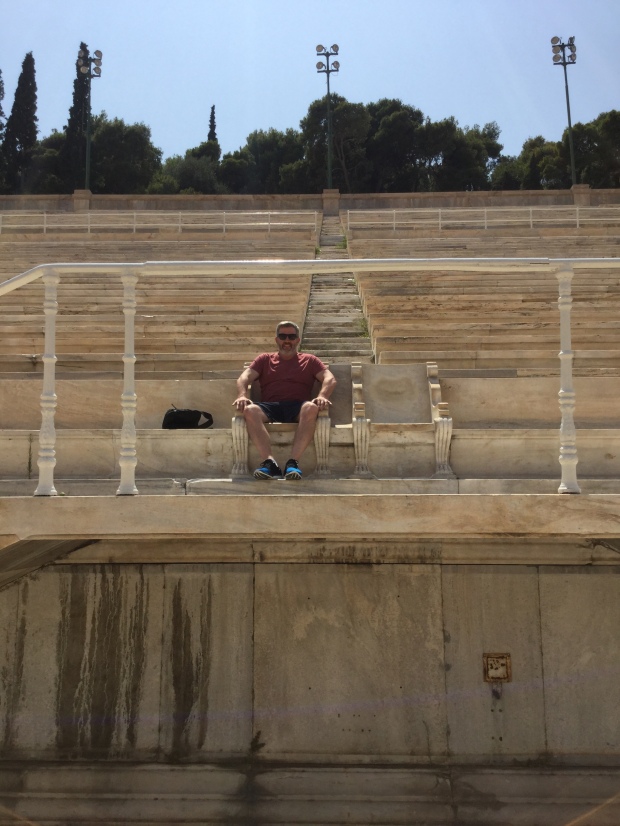 While debate rages over whether Russian athletes should be competing in Rio, the state of the Olympic village facilities and the risks of the Zika virus I have a big decision to make. Where in Athens, the home of the modern Olympics, am I going to watch all the action?

After appointing myself Chef de Mission for this decision I went to where it all started in 1896, the Panathenaic Stadium.

On a hot day I did a circuit of the track.

Then finally settled for bronze.

Having worked for the organisation that funds and supports Australia’s Olympic athletes for the last 6 years I am keen to see how it all plays out in Rio.

So where will I watch? With my still limited knowledge of the bars of Athens I narrowed it down to 3 venues:

The Wee Dram – a Scottish pub close to where Iive but unfortunately closed for August. ( August in Athens is like January in CanberrA – everything shuts down and residents go to the coast or in this case the islands.)

The James Joyce- a friendly Irish pub where I watched the last Origin game. 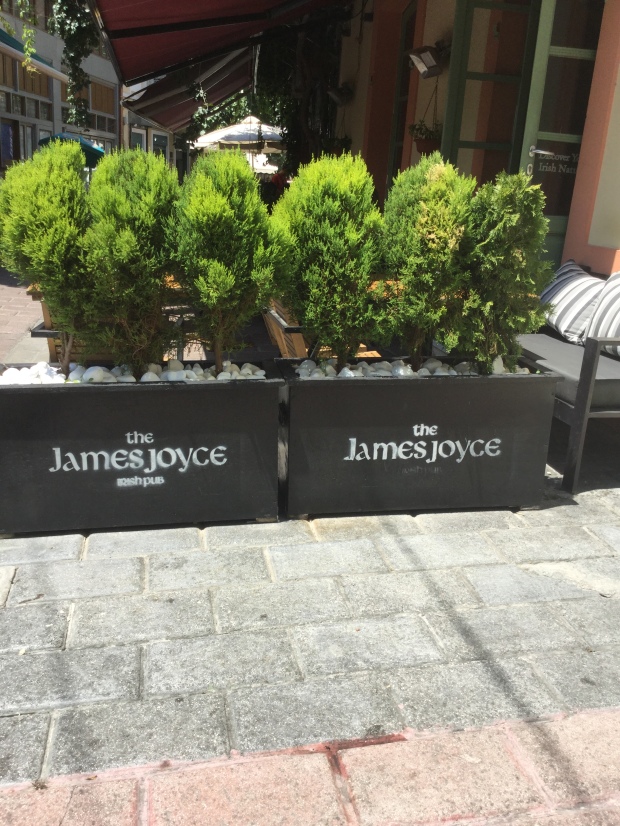 The Athens Sports Bar – owned by Aussies from Perth for that green and gold hospitality. 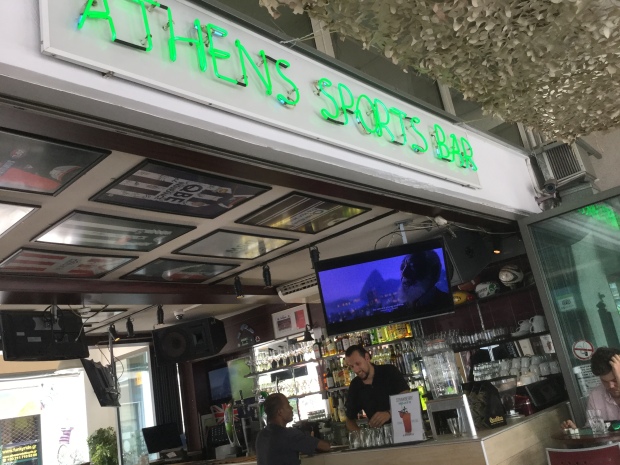 On balance I think I will hop between the 2 venues.

Greece finished 75th in London and is sending 95  athletes to Rio.

Australia was eventually placed 8th in the 2012 games after race walker Jared Tallent was awarded Gold retrospectively. The Aussies have selected a large squad of 419 competitors.

I will be following both countries with great interest.

So let’s get the viewing started!